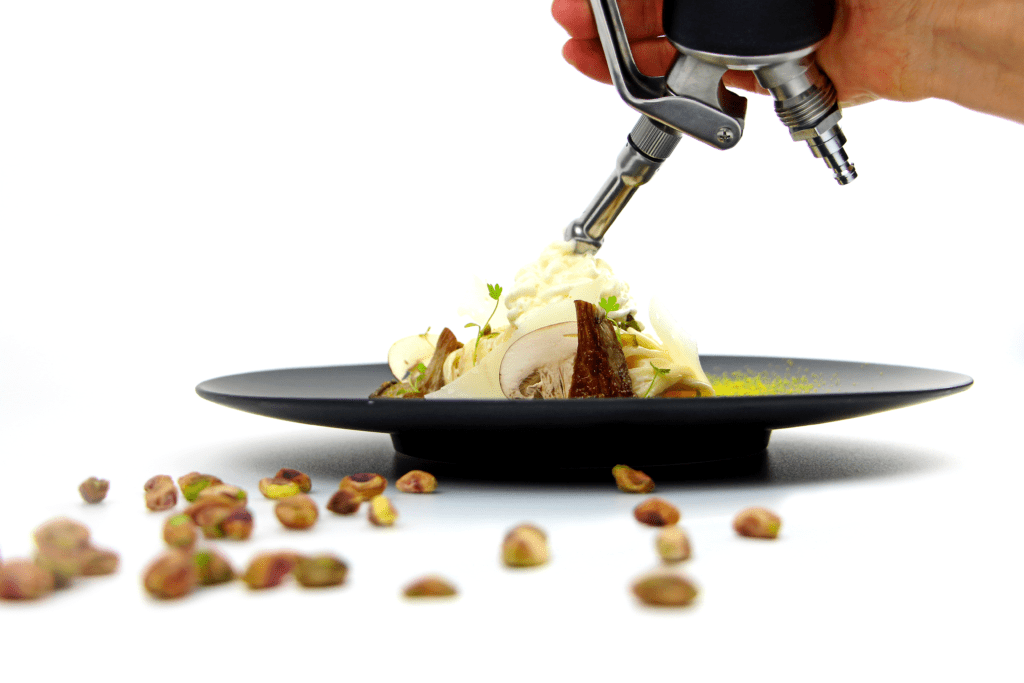 Molecular gastronomy is a fascinating new way to cook that pushes boundaries in food science and flavour combinations. Molecular cuisine has been influencing chefs in many restaurants around the world since its introduction a few decades ago and it continues to grow in popularity. Let us introduce you to five of the best molecular gastronomy restaurants that can be found all over the globe where each meal that is served will take you on a modernist cuisine experience.

Osteria Francescana is a restaurant in Modena, Italy, offering modern artful Italian cuisine. The restaurant was opened by Massimo Bottura and Oskar Kinberg in 1995. It has been awarded three Michelin stars since 2006 and it’s the world’s best restaurant of 2016. Massimo Bottura is one of Italy’s most renowned chefs. His cooking style and dishes are known for Italian authenticity, but come with a modern twist – it is this fusion that has made him so popular.

The dishes are inspired by Italian cuisine and have an original twist that makes it feel like it’s a modern cuisine mixed with an art installation on your plate. Guests can expect molecular gastronomy techniques alongside traditional techniques and some of Massimo Bottura’s signature dishes from his other restaurants around the globe.

The Fat Duck is a three Michelin star restaurant, and according to Heston Blumenthal, the whole dining experience is a journey. It’s based on his favourite childhood holiday memories, transforming sentimental moments into spectacular molecular gastronomy dishes.

Noma 2.0, is located on the outskirts of Copenhagen. It has recently reopened with a new Nordic Cuisine and Embedded Ecology theme. The restaurant offers a more laid-back and homey atmosphere than other molecular gastronomy restaurants on this list, using high-quality Nordic ingredients to produce unique dishes, securing two Michelin stars! You will definitely have a feel for modern cuisine with a sustainable twist.

El Celler de Can Roca is considered to be one of the most famous restaurants in the high gastronomy industry. It is located in Girona, Spain and run by three brothers: Juan, Josep and Jordi Roca who are a chef, sommelier and pastry chef respectively. El Celler has received numerous awards for molecular gastronomy as well as being ranked first on The World’s 50 Best Restaurants list two years running.

The molecular gastronomy dishes they offer are inspired by molecular cuisine, with an emphasis on creativity and innovation that only a few can master. Their dishes have been awarded numerous times for their excellence in culinary transformations and have set a precedent for molecular gastronomy with their exploration of textures and temperatures through liquid nitrogen.

Alinea is a molecular gastronomy restaurant in Chicago, Illinois. The restaurant was founded in 2005 by head chef Grant Achatz and Nick Kokonas. In 2010, Alinea has been awarded three Michelin stars and is famous for its molecular cuisine. Alinea’s speciality dish is an eighteen-course tasting menu that changes every few months to suit seasonal ingredients and new techniques.

This award-winning Chicago restaurant also features dishes such as “Cauliflower, oyster mushrooms, roasted cauliflower puree and creamed honey” or “Pressed caviar with apple compote and buckwheat blinis.” The gastronomy aspect of Alinea’s menu gives it an edge over other molecular gastronomy restaurants.

These molecular gastronomy chefs are some of the most talented people out there today, with each having their own style and flair — it’s no wonder they’re leading this culinary movement forward. The best molecular gastronomy restaurants are those that have mastered the art of blending flavours, textures and colours to create an unforgettable dining experience. If you’re looking for a new place to try out, these five top-rated molecular gastronomy spots should definitely be on your radar.

Buy the complete Smartwhip system here and create your own molecular gastronomy dishes. Visit our recipes page and find a range of recipes on culinary foams, rapid infusions, cocktails and much, much more for inspiration.